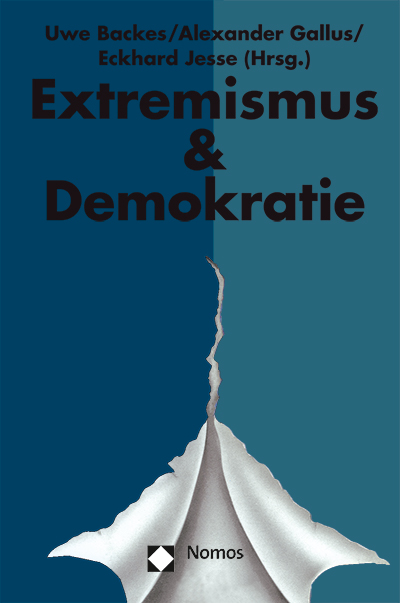 The yearbook promotes the scientific discussion of political extremism as well as public debates on modern democracy. It serves as inventory, encyclopaedia or orientation guide and, at the same time, provides valuable insides for political practitioners. Divided into three sections – Analyses, Data, Documents, Dossiers as well as Literature – the 29th volume sheds light on the conflict areas of the modern constitutional state in Germany and Europe. The crisis of the European unification process and among EU member states represents one of the challenges the modern constitutional state faces, not only due to the disagreement on how to cope with the inclusion and integration of refugees in European society. In his Literature Report, Peter Ulrich discusses diagnoses and approaches based on the question “Quo vadis, Europa”.

Religiously motivated fundamentalism remains a prominent topic: Even though the fighters of the Islamic State are in retreat, Salafist ideas, preachers or groups continue to be under the surveillance of political actors and security authorities. Christine Schirrmacher analyses the attractiveness of jihadism, for adolescents in particular, considers the relevance and meaning of religious topics, and follows personal as well as ideological driving forces for extremist convictions in general.

Furthermore, the year under review is characterized by the increasing success of the political party Alternative für Deutschland (AfD, Alternative for Germany) as well as the growing influence of political populism from the left and the right wing. “Immigration and security” are the strategic guidelines of right-wing populist parties, as Klaus von Beyme claims in his Analysis of right-wing populism, based on an international study design. While Uwe Backes interprets the new attempt to ban the political party NPD (German National Party) in the light of the international debate on party bans, Alexander Gallus presents and comments the decision of the Federal Constitutional Court not to ban the NPD.

Historical anniversaries cast their shadows: In his Analysis, the historian Peter Brandt writes a history of Trotskyism in Germany, which, despite its peak around 1968 and within the student movement, has never been of high importance within the circle of leftist groups. From a retrospect perspective, Eckhard Jesse reflects upon the “German Autumn” of 1977 in his Biographical Portrait of Gudrun Ensslin.

Within recent years, state actors from a municipal to a federal level have increasingly been concerned about the growing number of groups and individuals who do not acknowledge the Federal Republic of Germany and are ready to use violence, the so called “Reichsbürger” (citizens of the Reich). Covering a large variety of fractions and positions, the phenomenon’s analysis remains challenging. While administrative authorities keep looking for policy recommendations, Jan Freitag, Michael Hüllen and Yasemin Krüger shed light on the ideology and potential dangers of the movement. On the other hand, in his Omnibus Review, Hans-Gerd Jaschke examines the radiance of the “New Right”, based on a selection of new publications of their intellectual leaders, as they are trying to redefine right-wing conservative thinking. Due to the close link to the AfD’s right wing, the magazine Sezession published by the “Institut für Staatspolitik” (institute for state policy) exerts an integrative influence on and within the “New Right”, as depicts the Magazine Portrait by Armin Pfahl-Traughber.

Finally yet importantly, the contributions in the review section of the yearbook provide a broad overview of the relevant literature published in 2016.