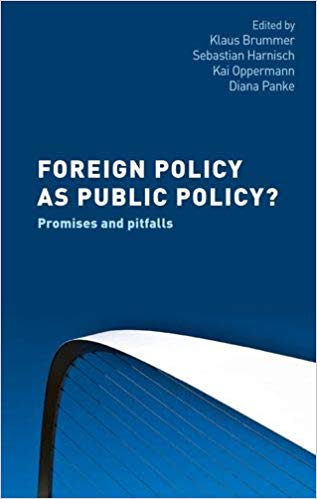 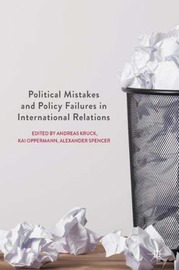 This edited volume analyzes mistakes in different areas of international relations including the realms of security, foreign policy, finance, health, development, environmental policy and migration. By starting out from a broad concept of mistakes as “something [considered to have] gone wrong” the edited volume enables comparisons of various kinds of mistakes from a range of analytical perspectives, including objectivist and interpretivist approaches, in order to draw out answers to the following guiding questions: How does one identify and research a mistake? Why do mistakes happen? How are actors made responsible? When and how do actors learn from mistakes? 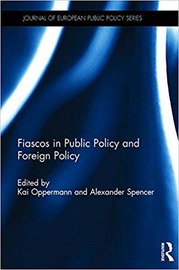 The collection brings together scholars from Public Policy and Foreign Policy to address the theme of policy fiascos. So far research on failure and fiascos in both Public Policy and Foreign Policy has existed independent of each other with very little communication between the two sub-disciplines. The contributions aim to bridge this divide and bring the two sides into a dialogue on some of the central issues in the study of fiascos including how to define, identify and measure policy failure (and success); the social and political contestation about what counts as policy fiascos; the causes of policy fiascos and their consequences; the attribution of blame; as well as processes of learning from fiascos. A common theme of the collection is to explore different epistemological and methodological approaches to studying policy fiascos. 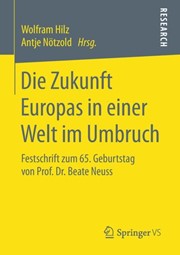 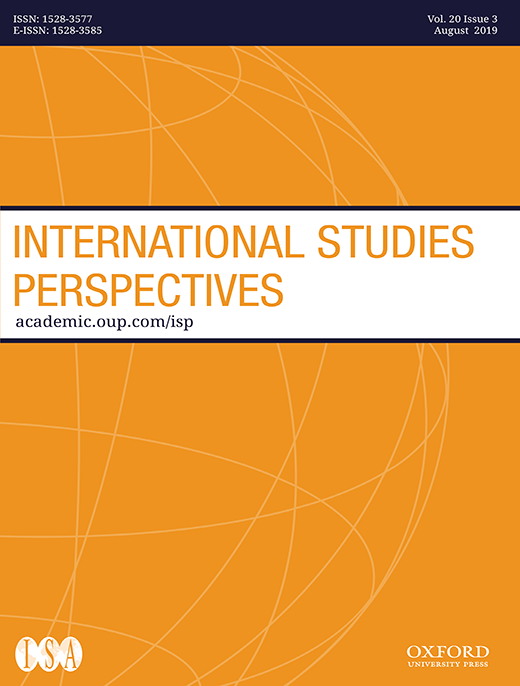 A series of crises over the last decade have put pressure on Europe's fundamental ordering principles. In response, German policymakers have scrambled to reinterpret Germany's foreign policy for a new era. To understand this process, the authors utilize an interpretivist approach, analyzing the discourse of German foreign policymakers through the lens of four traditions of thought informing debates: regionalism, pacifism, realism, and hegemonism. The article suggests that despite serious challenges, prevailing patterns of belief centered round regionalism and pacifism, supported by a particular civilian understanding of hegemony, persist. Yet, Germany's allies are challenging this framework and calling for it to accept more responsibility for regional and global security. As a result, a realist tradition is reemerging in Germany's discourse. The taxonomy provided here allows a richer understanding of these debates as well as an appreciation of how policymakers mobilize ideas to resist or enable policy change. 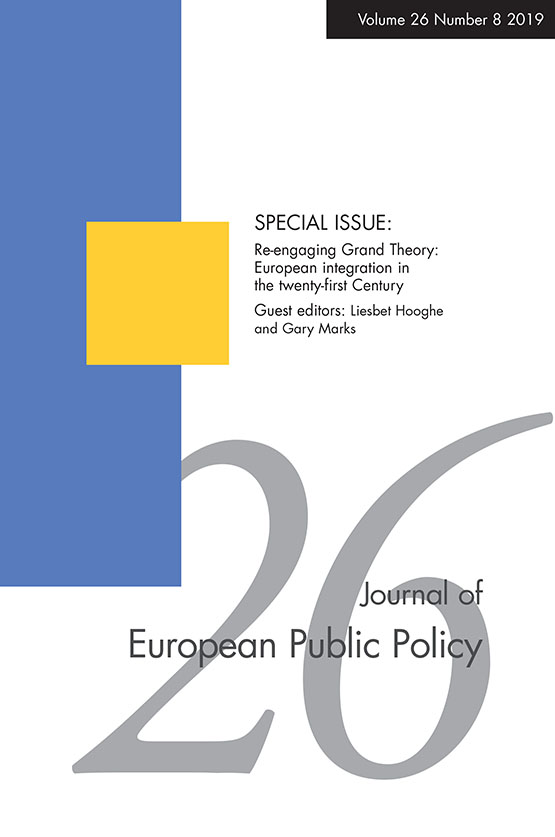 This article argues that the Leave narrative was successful in the 2016 referendum in part because it conformed to one of the well-established narrative genres of tragedy, comedy, satire and romance. These genres are story telling conventions that orientate audiences and guide the interpretation of the story being told. Specifically, the article shows that the Leave campaign constructed a largely consistent romantic narrative, while the Remain campaign mixed narrative genres. This difference in ‘genre consistency’ contributed to the success of Leave and the failure of Remain in the referendum. The investigation into the role of genre consistency adds to theoretical scholarship on narrative dominance in political discourse which has so far focused on the narrator, the structure and content of the story or the audience. The analysis points to structural similarities between the romantic genre and populist narratives more generally which enables populism to tap into the power of romance. 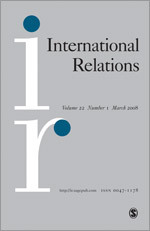 British foreign policy stands at a turning point following the 2016 ‘Brexit’ referendum. Drawing on role theory, we trace the United Kingdom’s efforts to establish new foreign policy roles as it interacts with the concerned international actors. We find that the pro-Brexit desire to ‘take back control’ has not yet translated into a cogent foreign policy direction. In its efforts to avoid adopting the role of isolate, the United Kingdom has projected a disoriented foreign policy containing elements of partially incompatible roles such as great power, global trading state, leader of the Commonwealth, regional partner to the European Union (EU) and faithful ally to the United States. The international community has, through processes of socialisation and alter-casting, largely rejected these efforts. These role conflicts between the United Kingdom and international actors, as well as conflicts among its different role aspirations, have pressed UK policies towards its unwanted isolationist role, potentially shaping its long-term foreign policy orientation post-Brexit. 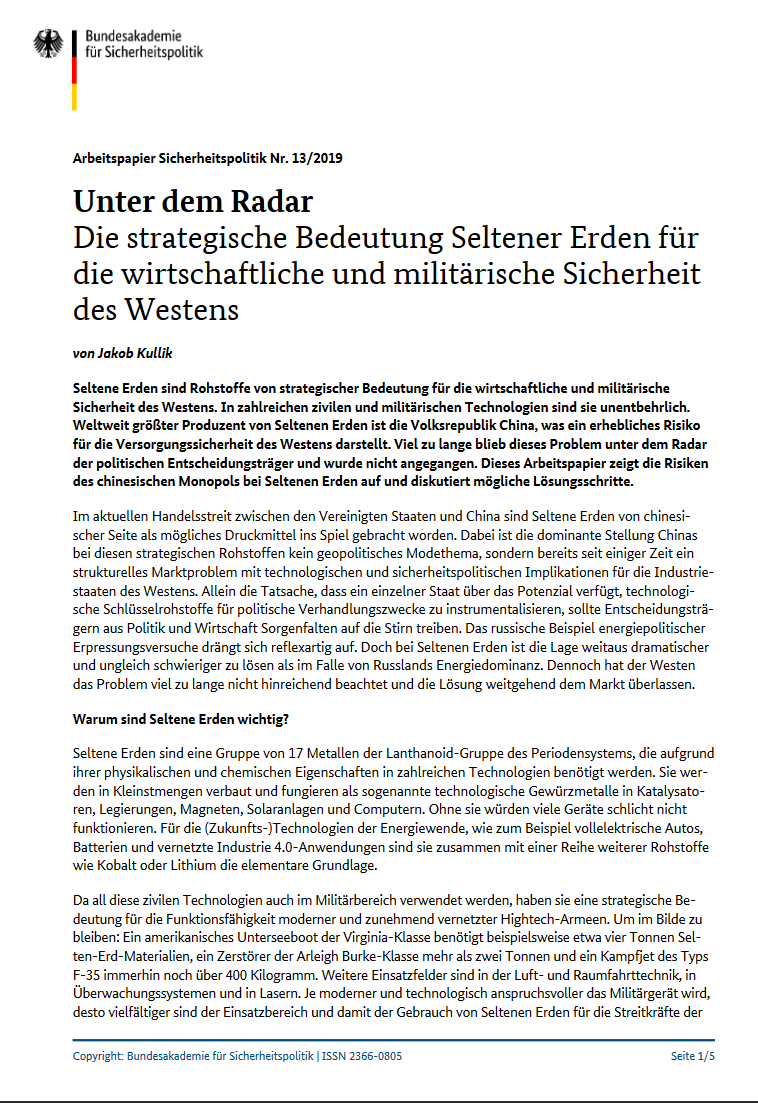 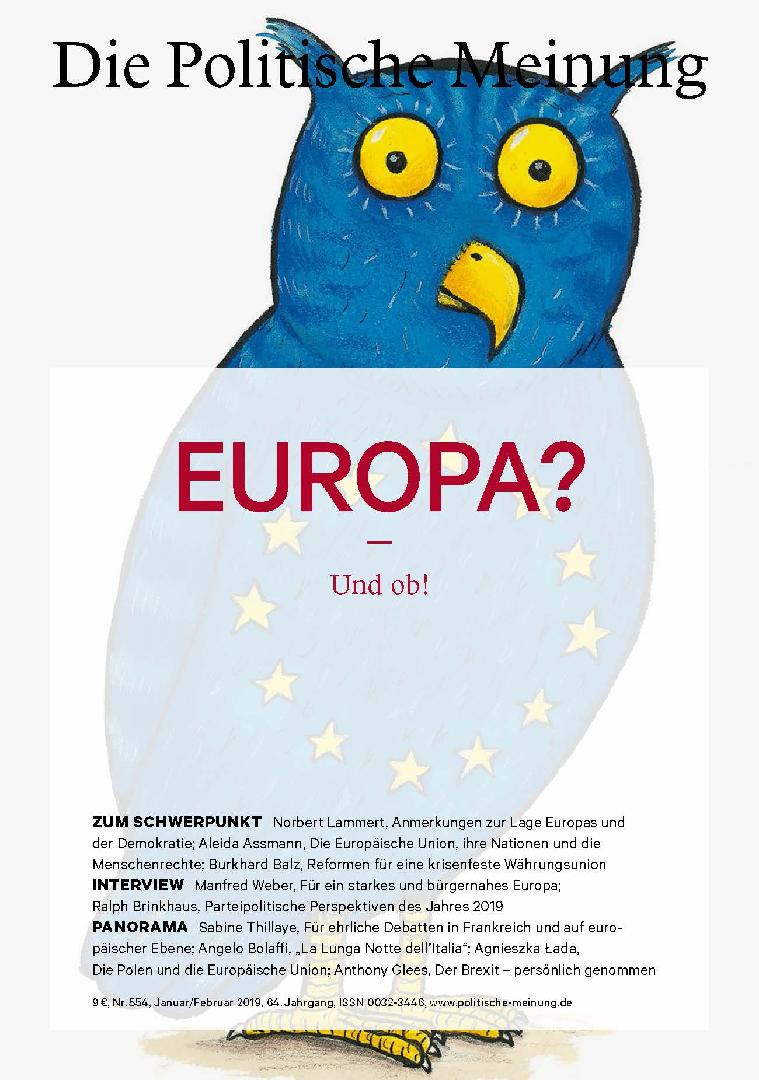 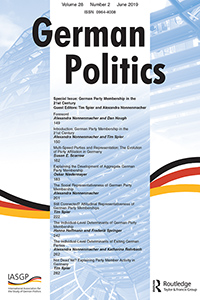 This article employs the poliheuristic theory of decision-making (PHT) to analyse German decisions to participate in, or abstain from, multinational military operations. PHT represents one of the leading theoretical efforts at bridging the cognitive-rationalist divide in foreign policy analysis. The theory posits a two-stage model of foreign policy-making: in the first stage, actors rely on a non-compensatory strategy as a cognitive shortcut to eliminate unacceptable alternatives and to reduce the choice set. In the second stage, actors switch to a compensatory mode of information-processing and select the alternative which maximises expected utility. While there is broad agreement that the non-compensatory dimension at the first stage of PHT concerns the domestic repercussions of foreign policy, it is less clear how this ‘domestic politics’ dimension should be operationalised. This article contributes to this debate by specifying the operationalisation of the non-compenstaory principle in the context of coalition foreign policy making in parliamentary democracies. Specifically, it suggests that the non-compensatory dimension in coalition foreign policy consists of the expected impact of foreign policy on coalition survival. Empirically, the article argues that PHT sheds important new light on arguably some of the most controversial military deployment decisions (Democratic Republic of Congo, Lebanon, Libya) of post-unification Germany. 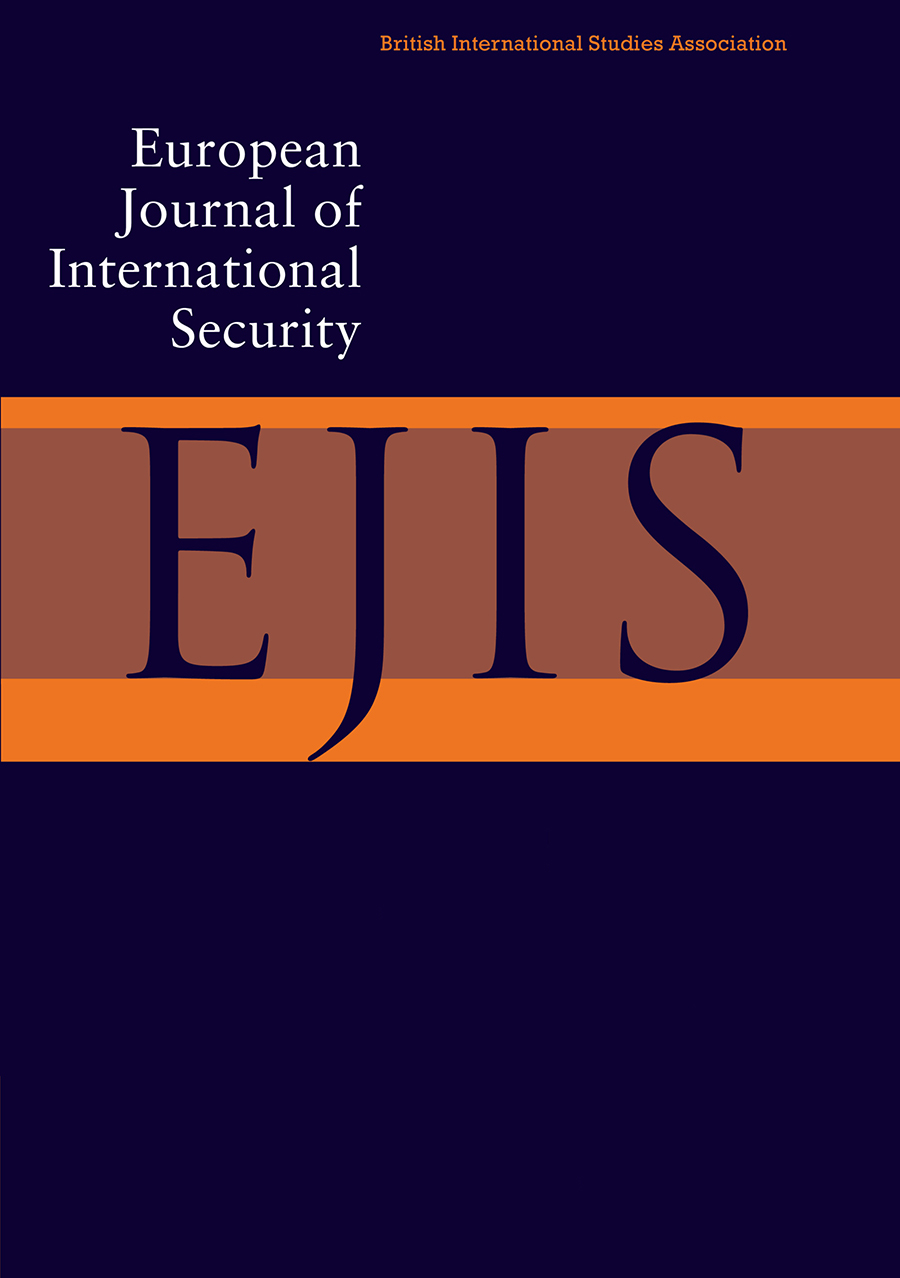 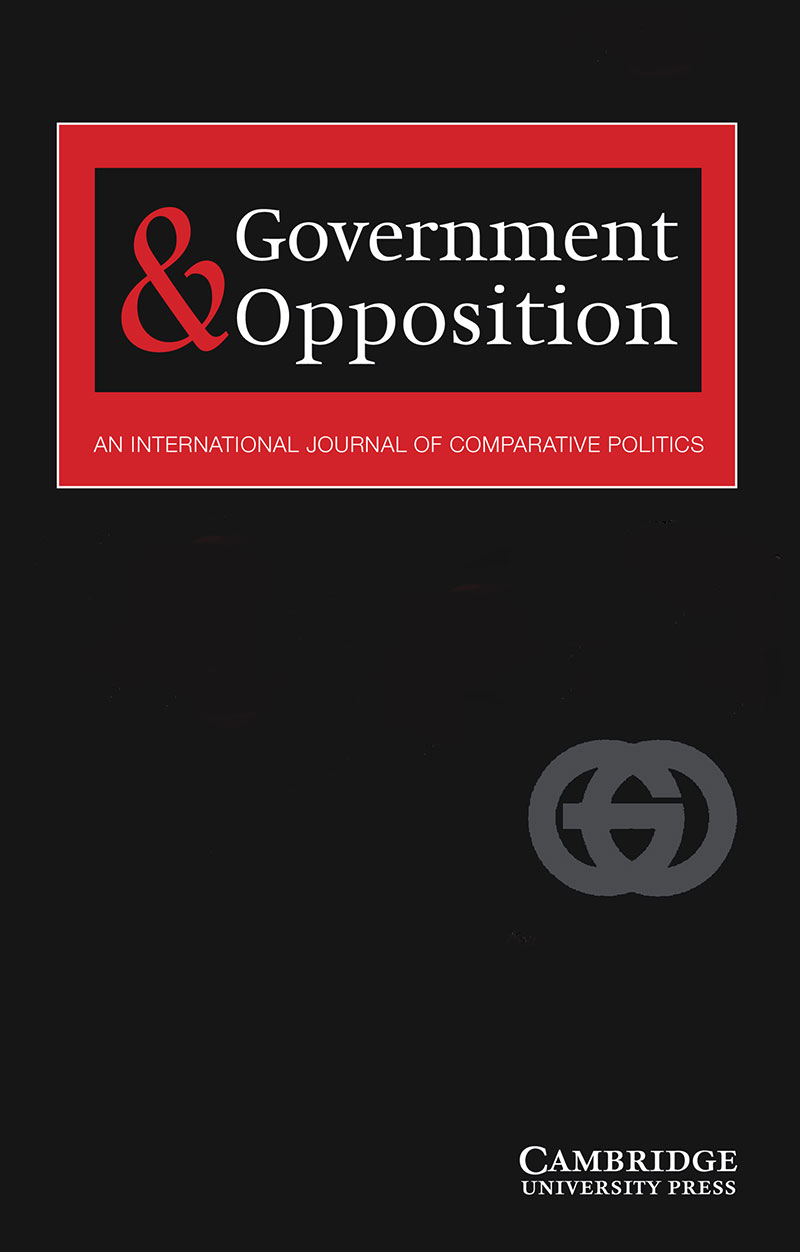 Kai Oppermann: Who Gets What in Foreign Affairs? Explaining the Allocation of Foreign Ministries in Coalition Governments (Co-authored with Klaus Brummer), in: Government and Opposition, Online First (2018), Doi: 10.1017/gov.2018.19.

This article takes stock of German foreign policy during Angela Merkel's third term in office (2013–17). It argues that the longer-term significance of Germany's foreign policy during this period is twofold. First, the Merkel government was confronted with multiple European and international crises which worked as a magnifying glass for the growing international expectations on Germany to become more actively engaged on the international stage. Second, the tenure of the Grand Coalition saw a significant shift in the German domestic foreign policy discourse that was marked by a concerted effort of leading decision-makers to make the case for Germany to accept greater international responsibilities. This emerging consensus among foreign policy elites expresses a changed self-conception of German foreign policy which, however, continues to be viewed with scepticism in the broader public. Informed by such a broad two-level perspective that focuses on the interplay between international and domestic expectations on German foreign policy, the article explores the record of the Grand Coalition in the main international crises it had to engage with. It suggests that the Merkel government was better able to live up to its own aspirations in two-level contexts which left it with greater domestic room for manoeuvre. 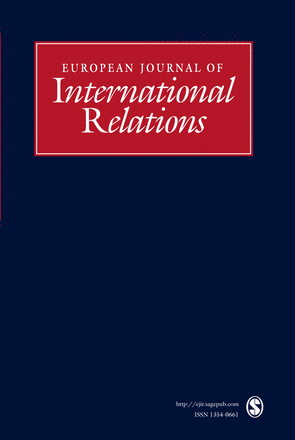 This article applies a method of narrative analysis to investigate the discursive contestation over the ‘Iran nuclear deal’ in the US. Specifically, it explores the struggle in the US Congress between narratives constituting the deal as a US foreign policy success or failure. The article argues that foreign policy successes and failures are socially constructed through narratives and suggests how narrative analysis as a discourse-analytical method can be employed to trace discursive contests about such constructions. Based on insights from literary studies and narratology, it shows that stories of failures and successes follow similar structures and include a number of key elements, including: a particular setting; a negative/positive characterization of individual and collective decision-makers; and an emplotment of success or failure through the attribution of credit/blame and responsibility. The article foregrounds the importance of how stories are told as an explanation for the dominance or marginality of narratives in political discourse. 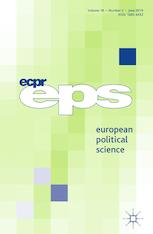 The contribution introduces narrative analysis as a discourse analytical method for investigating the social construction of foreign policy fiascos. Based on insights from literary studies and narratology it shows that stories of failure include a number of key elements, including a particular setting which defines appropriate behaviour; the negative characterization of agents; as well as an emplotment of the ‘fiasco’ through the attribution of cause and responsibility. The contribution illustrates this method through a narrative analysis of German media reporting on Germany's abstention in the United Nations Security Council vote on Resolution 1973 in March 2011 regarding the military intervention in Libya. 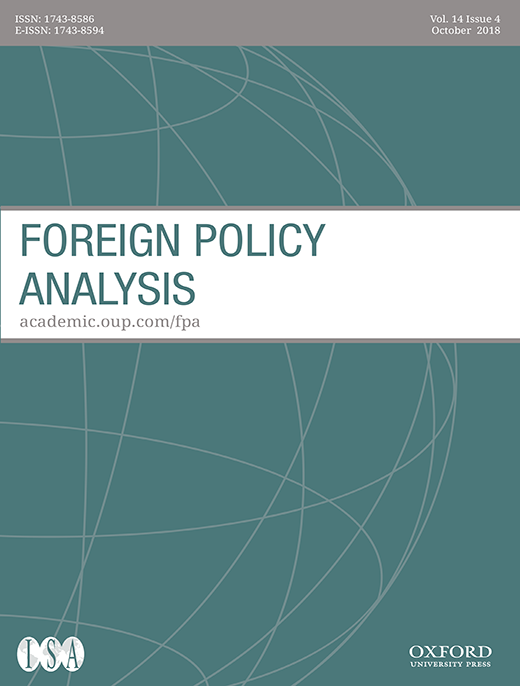 The abstention of the conservative-liberal government under Chancellor Angela Merkel on UN Security Council resolution 1973 marked the first occasion in which the Federal Republic of Germany stood against all three of its main Western partners, the US, France, and the UK, simultaneously, on a major foreign policy issue. Many accounts of this decision invoke the influence of electoral incentives. What is problematic, however, is that the causal weight attached to electoral politics is often left ambiguous and difficult to assess with traditional case study methods. The article, therefore, employs counterfactual reasoning to scrutinize “electoral politics” explanations of Germany's policy on Libya. Specifically, it develops counterfactuals in which decision making did not take place in the shadow of upcoming elections and investigates how other variables on different levels of analysis would have shaped decision making in the counterfactual scenarios. The findings suggest that electoral incentives did not decisively shift German foreign policy on Libya. More generally, the article speaks to the value of counterfactuals in foreign policy analysis.